Home » News » Product News » What is the physics of a stethoscope?

What is the physics of a stethoscope?

The stethoscope is the most commonly used diagnostic tool for gynecologists inside and outside, which include variant types like the acoustic stethoscope, electronic stethoscope, and fetal stethoscope. It becomes the symbol of doctors. The invention of the stethoscope began the development of modern medicine. Since its clinical application on March 8, 1817, the stethoscope has been continuously improved in appearance and sound transmission mode, but its basic structure has not changed much. It is mainly composed of picking up part (chest part), conducting part (rubber tube), and listening part (earpiece). So what is the physics of a stethoscope? Let's take a look. The construction for his article as follows ：

The principle for the stethoscope

1. The principle for the stethoscope

The principle of the stethoscope is that the vibration conduction between materials is involved in the aluminum film in the stethoscope, and the single non-air, changing the frequency and wavelength of sound, to reach the "comfortable" range of human ears, while blocking other sounds, "hear" more clearly. The reason why people hear sounds is that the so-called "sound" is the vibration conduction between substances, such as air vibration of the eardrum in the human ear, etc., which is converted into brain electricity, so that people "hear" the sound. The vibration frequency that the human ear can perceive is 20-20khz.

There is another standard for people to feel the sound, which is related to the wavelength. Normal people's hearing intensity ranges from 0dB to 140dB. In other words: the sound in the audio range is too loud and weak to hear, and the audio in the volume range is too small (insertion wave) or too large (generated wave) to hear.

Human hearing is also related to the environment, the human ear has a shielding effect, that is, strong sound can mask weak sound. Internal sounds such as heartbeats, bowel sounds, rales, and even blood flow can be hard to "hear" because the audio is too low or too low, or is obscured by noise.

In cardiac auscultation, the membrane head is good for hearing high frequencies, while the cup head is good for hearing low frequencies or murmurs. Both modern stethoscopes are double-sided stethoscopes. The head of the stethoscope has both membrane type and cup type, and the conversion between the two can be done only by rotating 180°. Experts suggest clinicians should use double-sided stethoscopes. Another patented technology, called the floating film technology, allows the membrane-shaped auscultation head to be turned into a cup-shaped head in a special way to hear low-frequency murmurs. Normal and abnormal lung sounds are high-frequency sounds, lung auscultation can only use the membrane head.

This information is we collect for you. If you want more information on medical tools or have any problems, please leave a message or connect us directly. We also have Thermometer, Pulse Oximeter you can choose. 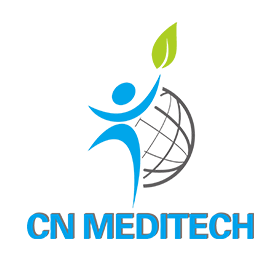 To be the most professional and high-end exporter of medical products in China.